I led the direction of this work while CCO and co-Founder of Palio Communications. At the time that this campaign was launched there was a dire need for community education about living with HIV. Street myth, difficult drug regimens and social stigma had people convinced that seeking treatment was not a good thing. This amplified a general mistrust of institutions already prevalent in the community.

Earvin Magic Johnson, NBA All Star and American Olympian delivered another heroic effort. As a member of the community living with HIV, Earvin stepped up and became the role model for living a positive life with HIV. The key messages of staying positive, getting tested, taking care of yourself and working with your doctor, helped break down the barriers that were holding back the community from seeking effective treatments.

This was a breakthrough campaign, not just because it turned around sales of GSK's lead combination HIV therapy, but because it drove record numbers of people to get tested, get informed and seek out more tolerable life preserving treatments.

This campaign was shot by the late photographer Herb Ritts who sadly passed away from complications associated with HIV/AIDS within a year of our shoot. It was a great honor to work on this campaign with both Herb Ritts and Magic Johnson, two legends who courageously engaged their talents and personal insights to help tell this vital story. 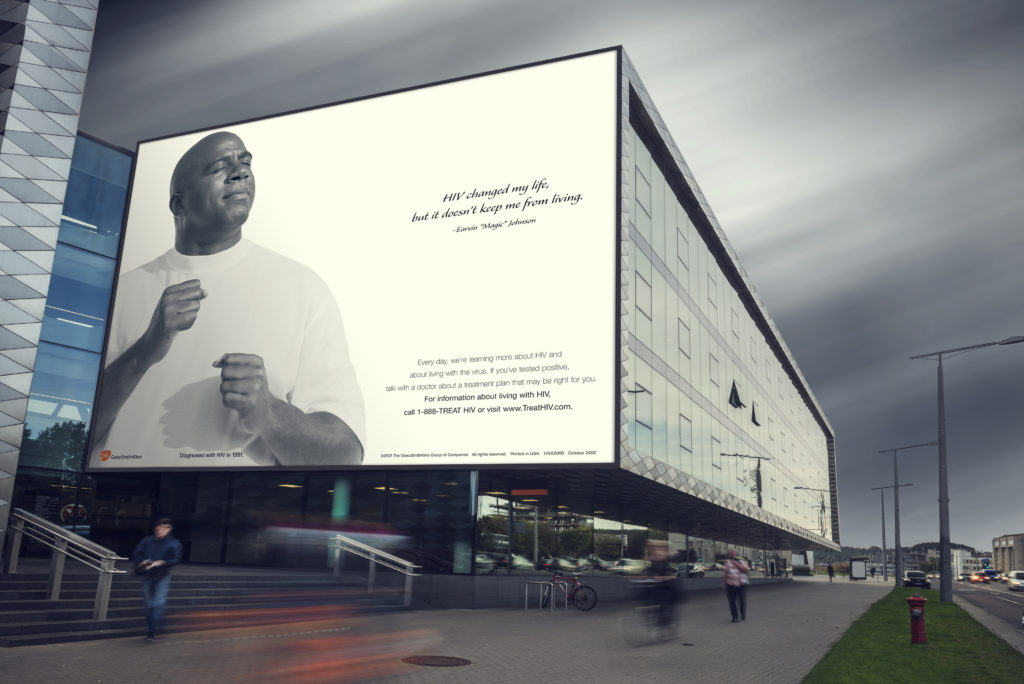 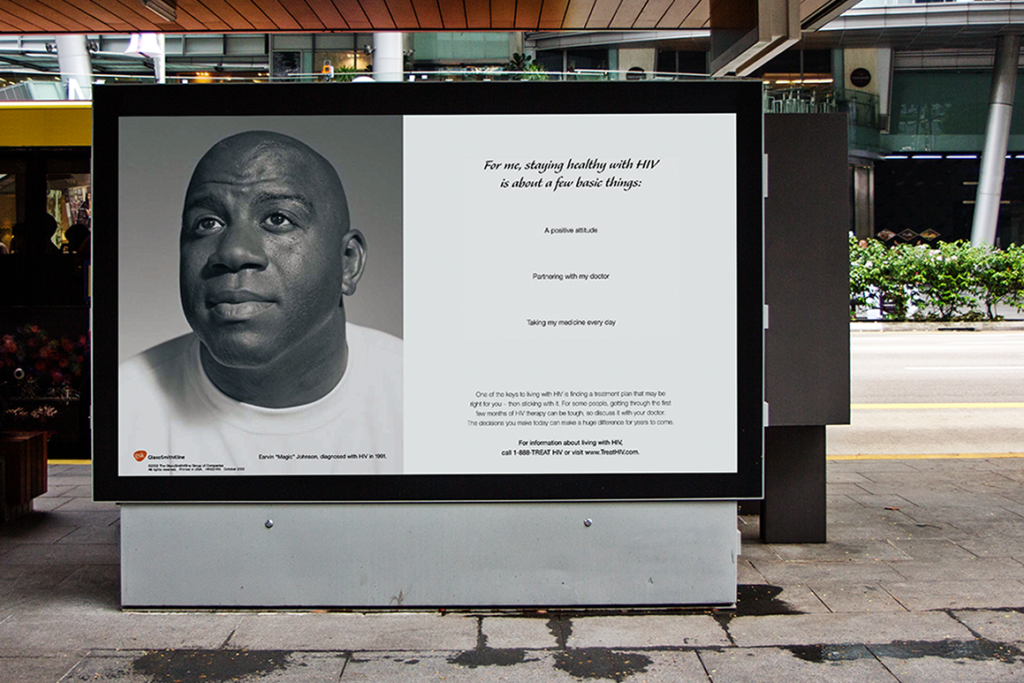 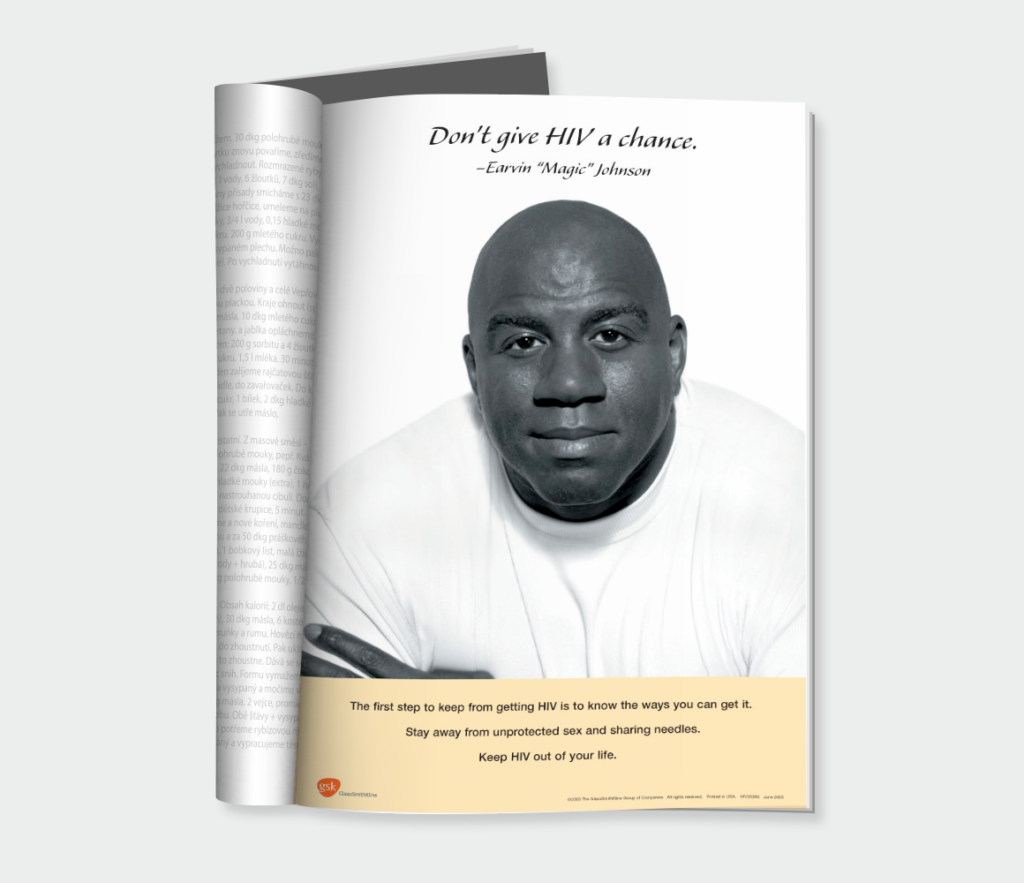