Part of my work at Skidmore College as the F. William Harder Chair Professor of Business Administration includes the recruitment and production of an annual lecture.

Each year, a speaker is recruited and asked to present to the students a topic within their areas of interest and expertise. This year, it was me.

If you’re working in the industry, it’s important to keep in mind that the audience for this presentation are students. The age range is 18-22. Their context as young adults is a world in which they have never known anything other than digital media and social media. To draw out the importance of this context, I will point out here that as part of the boomer generation I grew up with TV. I never knew a world without TV. My parents, part of the silent generation, grew up with radio; TV for them was a transformative technology. For my generation, digital has been a transformative technology. For these students, generation Z, digital is nothing new at all. However, their challenge is gaining some perspective, not simply on the past but also about where we are today and, if I did a decent job, suggestions to motivate their own work and understanding going forward.

This is academic work and is shared here in that context for that purpose. The work used to illustrate the presentation were derived from various sources, most of it my own, some of it sourced from various on-line resources available to the public. Due to the Covid-19 pandemic, this lecture was delivered virtually.

I hope you find it insightful.

The show is about 45 minutes in length, during which we touch on a range of topics from idea development to execution and agency culture too. While I was chief creative officer of Palio I hired Ken into the role of art buyer-producer. It was an important moment for both of us as it signaled a new level of growth for the agency and another chapter in Ken’s amazing career.  I hope you enjoy it. Click here for the show.

Blockchain could save the media environment for brands. There has been much written about how blockchain might result in greater transparency in media buying and tracking. If it all works as conceived, it will also be a boon for content creators, enabling direct engagement with audiences and direct payment too. This has the potential to put more leverage back on the side of creators like musicians, film makers, photographers, writers and journalists too. The early interest in NFT’s point to success. Time will tell.

This is particularly important for brands. Of course, the success of any given blockchain at minimizing fake news will entirely depend on the integrity of its creators and managers. It could just as easily be used to legitimize fake news and fake news sources.

For legacy media outlets, with legitimate journalistic integrity, like the NY Times, fake news is rarely, if ever, an issue. Ads served in this context are elevated by the integrity of the enterprise.

In social media, brands end up in the unchecked context of the user; uncorroborated reporting, fabricated events and misinformation.

Corroborated reporting is a hallmark of journalistic integrity.

Blockchain has the potential to force down a governance of integrity through corroboration and help social platforms maintain social integrity. In effect, this would give brand managers and media buyers leverage, insight and security.

This would also reward journalistic integrity of the blockchain with greater ad volume and minimize fake news, slowly choking off its source of income. Fake news has become a game that is undermining our culture. Advertisers on social platforms have an obligation to uphold the integrity of media environments because there is so much at risk.

Fake news is a not just a race to the bottom, it is the bottom. 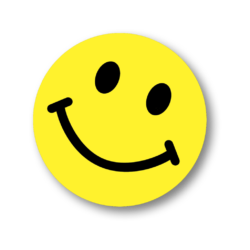 Luxury brands succeed by creating connections with their buyers through insights that leverage value against deep seated emotional needs.

These emotional values last a lifetime because they are not driven by trends but rather by qualities inherent in the buyer. Understanding these connections is at the heart of branding. At one time, the bespoke nature of true luxury brands limited their audiences to all but the most-wealthy. Today this dynamic is radically changed.

With the advent of mass customization and highly controlled product releases, within the mass market framework, luxury has come to mean many different things to different people.

Luxury brands of the truly bespoke type still do exist however.  The audience for these brands continues to expand with the growth of global prosperity. The internet has made these brands more accessible than ever which means that Haute Couture brands like Monvieve now enjoy a global clientele.

A designer and maker of bespoke bridal fashions, Monvieve is unique in the world of fashion design. They are an accessible luxury with heirloom quality. Derived from old world craftsmanship and a highly refined aesthetic Monvieve stands above all others. It is a luxury of pleasurable, aesthetically framed memories. These are #MonvieveMoments and this is the heart of the brand.

Working closely with the creative director and owner of Monvieve, Alison Miller, we’ve been carefully crafting #MonvieveMoments. From our participation at the global destination wedding planners conference in Florence, to our shoot at the Belmond Villa San Michele. From a new showroom in NYC, to video production, and the U.S. launch event at the Italian Embassy in Washington D.C., it’s been a series of #MonvieveMoments all its own.

The event launch video is below.